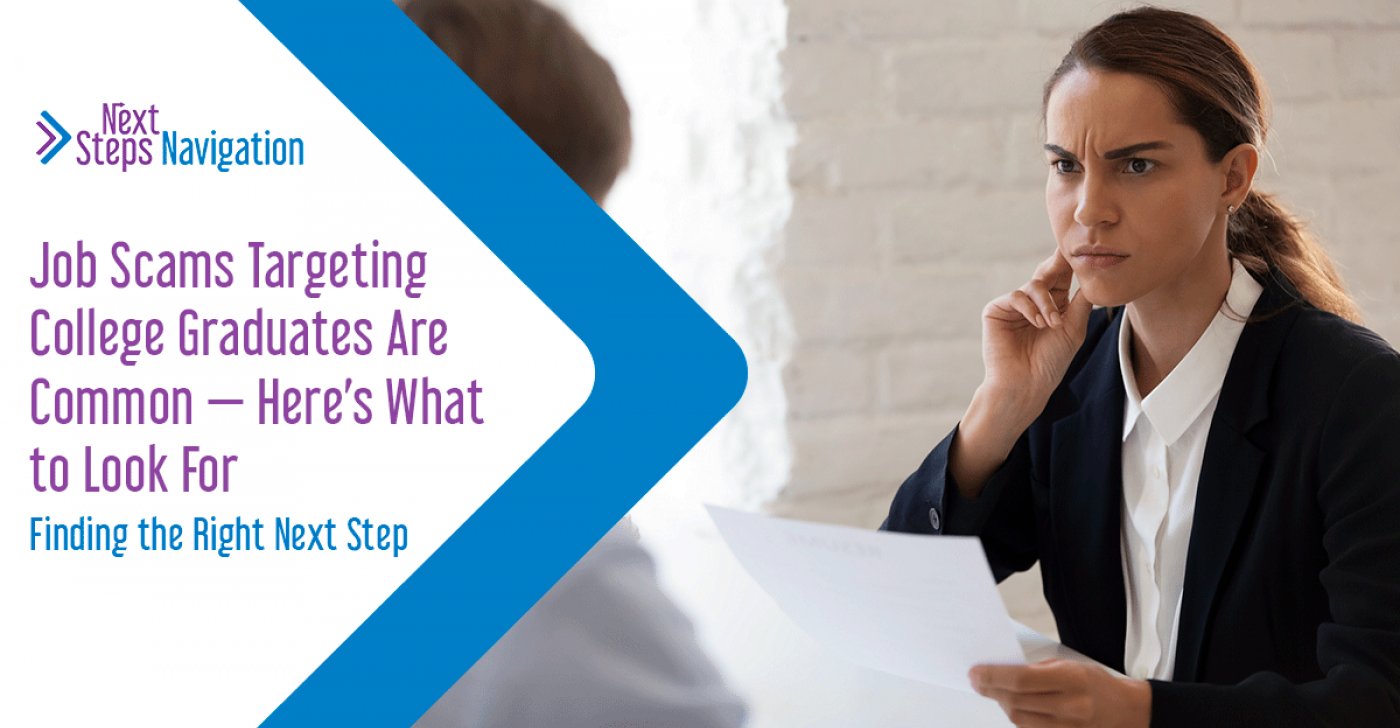 It seemed like a great job on paper: a marketing consultant working to improve the outreach of charities. Plus, the listing said it offered perks like competitive pay and flexible hours.

So David* applied, and less than a week after sending in his resumé he had a job — a miracle for a class of 2020 graduate amid the chaos of the pandemic. He left his home country and moved to Denver, excited to return to the United States after a grueling, monthslong job search he feared would never pan out.

David didn’t know it at the time, but he had been a victim of one of the many scams targeting recent college graduates and other young people desperate for jobs amid the worst economic crisis since the Great Depression.

Employment scams, which the Better Business Bureau has identified as the second-riskiest type of scam perpetrated in 2020, often target young people who have less experience in the workforce. The broader classification of income scams also soared in the second quarter of 2020 to the highest number of reports on record, according to data from the Federal Trade Commission.

“When there is an economic downturn or financial distress, scam artists glom onto that, and they capitalize on that, and they use that as an opportunity to proliferate their scam,” Christine Todaro, an attorney with the Federal Trade Commission’s Division of Marketing Practices, Bureau of Consumer Protection, tells Teen Vogue. “And that may lead to more recent grads falling victim.”

The class of 2020 was supposed to enter the best job market in 50 years; instead, it was thrust into the worst job market in recent history. With employment offers rescinded, start dates delayed, and internships canceled, this cohort began their career searches competing with experienced workers for entry-level positions. This was combined with a huge increase in online activity during the pandemic, making conditions ripe for recent graduates to fall victim to scams.

David, for example, found that his new job was entirely different from what was described in the online posting. Instead of conducting professional outreach, his role was allegedly to table in front of chain stores and restaurants, including Subway and Chipotle, soliciting donations for several charities. But David says he was told that the majority of the funds he raised would be funneled into commission payments. He quit in disgust after three days of work and soon found another job at a property management company.

One of the charities declined to comment on the record, and David’s former employer, which deleted its website after Teen Vogue reached out, did not respond to a request for comment.

“At the beginning it was a very traumatizing period because I was alone in Denver, and I was 21 at that point,” he tells Teen Vogue, recalling the uncertainty of that time. “I felt that I had made a big mistake, that I was careless in a way, that I should have been less reckless. It made me definitely be more careful with my search. In the future for my applying process for a job, I will be more careful, I think.”

Young people may not be finding scams in the typical places where opportunities are posted, like online job boards. Handshake, a site created specifically for college students, and Monster both tell Teen Vogue that there has not been a significant change in the number of scam jobs posted on their sites. They say they have safeguards in place to prevent these types of jobs from being posted, but decline to give more details so their systems can be shielded from work-arounds by scammers. Handshake says that if its employees find a scam, the company will send out an alert to all of its affiliated universities and colleges.

The career center at the University of Texas at Austin, for example, has a dedicated section of its website that includes those alerts from Handshake and other job boards, and vets all jobs before they can be approved for the university’s jobs portal, HireUTexas, powered by Handshake. Of the more than 28,000 jobs approved in the portal during the past academic year, only five were found to be fraudulent, with just four of over 4,000 employers, said Norma Guerra Gaier, executive director of the university’s Texas Career Engagement center.

But experts tell Teen Vogue that scammers have managed to create work-arounds. Sometimes they email students impersonating university career-service offices or create fake job postings for legitimate companies on copycat web pages. Other times the opportunities come in the form of a message that appears to be from a friend advertising job opportunities, or in the comments section of a news article.

Some of the most popular income scams prey on young people. One is a fake check-cashing scheme in which a person is employed as a mystery shopper or some other legitimate-seeming position, is directed to deposit a check into their bank account, and then send money or gift cards to the scammer. The check will bounce and “the consumer is on the line for the money,” the FTC’s Todaro says. Young adults in their 20s are more than three times as likely to report losing money — a median of $2,300 — from these fake checks than any other age group, she adds.

Another is a reshipping scam, with a position titled “warehouse redistribution coordinator” or something similar, where the employee is directed to reship packages. A 2020 report from the Better Business Bureau’s Institute for Marketplace Trust found that 65% of fake job offers are for this scam; but unlike the fake-check scheme, victims may be criminally liable because the packaged goods are often stolen.

There are several common red flags to look for when determining whether or not a job is legitimate, experts tell Teen Vogue. Scam job descriptions are often vague, riddled with typos and grammatical errors, and the contact information may be an email with a different domain from the company listed. Making sure the salary is in line with the job level or industry average is another precaution recent graduates can take. Other warning signs: an abundance of glowing reviews of the company, and any up-front cost associated with applying for or accepting the job, whether that means the applicant pays or receives money.

If you’re thinking you would never fall for something like that, you are not unusual among members of a younger demographic. The longtime stereotype of a typical scam victim is a “little old lady,” says Katherine Hutt, the Better Business Bureau’s chief communications officer, but, according to data from recent years, elders have been less likely to succumb to scams than younger people.

“Young people tend to believe that they're more invulnerable,” Hutt explains. “They think that they would recognize a scam more often than they actually do.… That feeling of invulnerability actually makes them more vulnerable to scammers, and scammers know that, and they know how to package things to make it look real. They know how to entice people to go along with something. They use the same tactics that marketers and influencers use.”

Scammers often fill job postings with urgent language, such as “apply today” and “only so many applications being taken,” because “time is usually the enemy of a scammer," says Hutt. "The more time people have to think about something or to talk to other people, the less likely they are to fall for a scam.”

Accepting a scam job early on is unlikely to have a significant effect on a person’s employment prospects unless they are a victim of identity theft. Sometimes employers will check candidates’ credit scores, Hutt says, but many fraud-related issues can be mitigated by working with credit bureaus.

But there are also more psychological effects. “The confidence piece, I think that is probably one of the bigger impacts for students,” Cruzvergara says. “It might make you question your own judgment. It might make you question all of the opportunities that you are going to be looking at from here on forward, with kind of a different lens or a different eye. So I think it’s important to keep in mind that this isn’t all on you.”