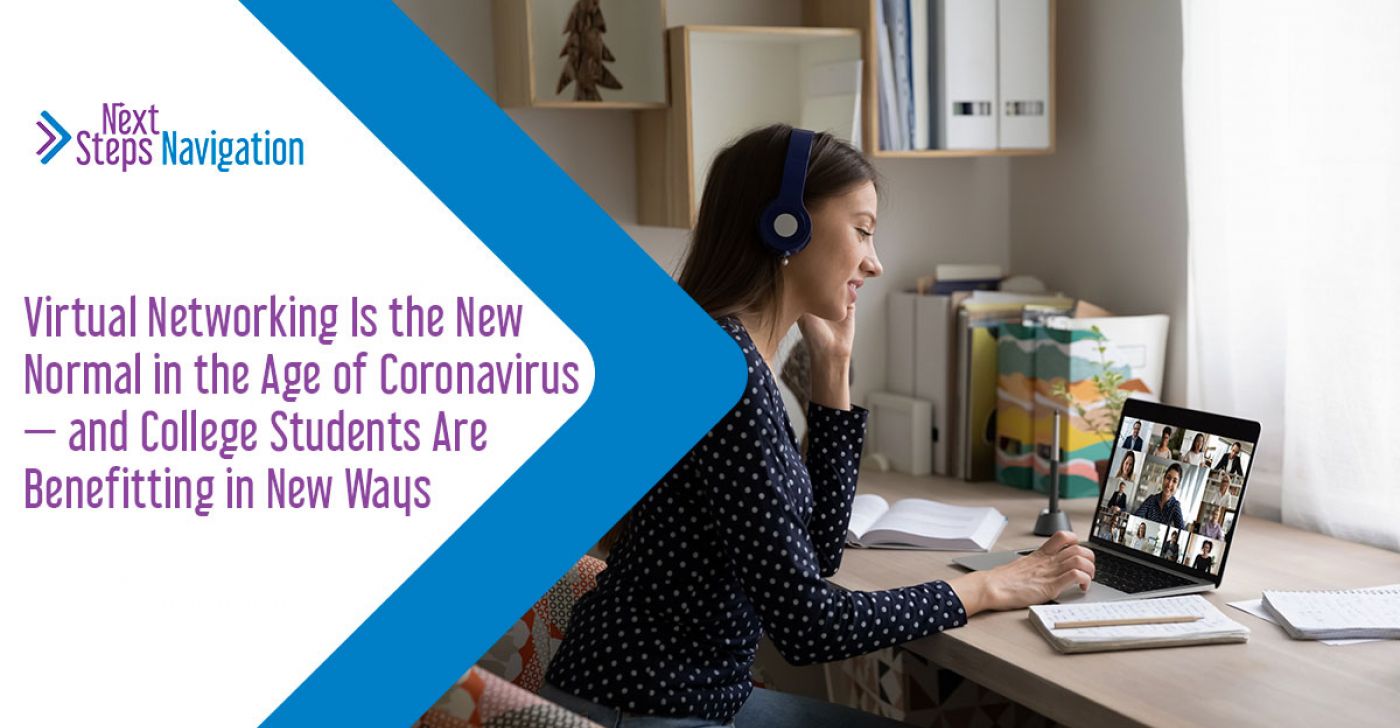 Dressed up in business pants and a black turtleneck, Devin Booker researched Cisco and Hewlett Packard Enterprise once more before heading in to meet with representatives from the companies.

But the senior marketing major at Morgan State University wasn’t in Silicon Valley to meet at the companies’ headquarters. Instead, he was over a thousand miles away in Nebraska, in front of his laptop in his sister’s living room.

Although he dreams of being a software-as-a-service (SaaS) salesman, Booker never imagined being able to network with professionals from Cisco and HPE — both giants in the SaaS space — because of their competitiveness. He didn’t think they would set up events at a small school like his. Then the pandemic hit, and his school upped their virtual networking offerings, including information sessions with both companies.

“Being able to open up those doors has been life changing for me,” Booker, 22, says. During the session, he learned about entry-level opportunities he plans to pursue after he graduates in December, as well as what it’d look like to work in sales at both companies.

Booker isn’t alone in this shift to networking online. As colleges across the country closed due to the coronavirus, many career centers were forced to rely on virtual tools to keep students moving toward their career goals. Meeting with professionals — whether it be to learn about a new industry or meet someone who could help hire them later — is important for college students as they navigate the world of internships, and soon, the workforce. And moving that networking online has opened up new doors for students who may have been limited by geography, money or time.

For Booker, the chance to meet with HPE and Cisco was a brand new one. It was the first time the companies had engaged in an informational session with his Maryland-based college, and the school’s career development team believes the attraction for the companies was the virtual aspect, according to Seana Coulter, director of Morgan State’s Center for Career Development.

While there may be no replacement for professionals and students being able to meet face-to-face, virtual networking breaks down some of the barriers traditional networking still has in place.

“Economically strapped students now have opportunities they didn’t before to make professional connections,” says Marty Lang, an assistant professor of film at the University of Central Arkansas.

Many of his film students dream of moving to Los Angeles and finding work, but — living in Arkansas — they don’t have professional networks to help them once they get there. While virtual meetings have been possible for years, the ubiquity of online communication today lets students create those networks in a new way, Lang says. The ability to connect with someone in a different city and develop relationships, without paying for a flight, hotel and rental car, makes all the difference, he adds.

“I believe it increases the likelihood of them successfully making the move to LA, and getting started in their career,” he adds.

One of Lang’s students, Erykah Morris, 22, wants to be a writer and director. While staying with her mother in Dallas, after her campus closed, Morris found herself video chatting with a writer on two of her favorite television shows: Kay Oyegun, who has worked on NBC’s “This is Us” and Oprah Winfrey Network’s “Queen Sugar.”

“It was everything I expected and more,” Morris said. “If it hadn’t been for everything going on right now, I don’t think I would have been able to talk to her.”

They spoke about what it is like to be a Black woman in the industry — Morris said she often feels like her voice is diminished among her white, male peers and Oyegun gave her advice on how to be a leader.

The meeting was set up through an initiative called #RaiseThePercentage aimed at connecting emerging Black television writers with more experienced writers. The virtual coffee sessions were developed as a result of the pandemic, says Jessie B. Evans, a co-organizer of the initiative.

Those in the career services field are hoping that this shift to engaging online may be a way to promote more equity and access to a broad range of students, says Kerri Keller, executive director of the career center at Kansas State University.

“It continues to be challenging to kind of level the playing field for a lot of students,” she adds.

Many students at her school have jobs outside of class to pay for their tuition and room and board, and they don’t always have time during a typical business day to attend a career fair, Keller says.

Virtual networking also increases accessibility to individuals with disabilities, says Andrea Karapas, director of the career management center at the Colorado State University College of Business. It can be difficult to navigate a crowded space with a physical or emotional disability, she adds.

Virtual networking can also allow students to connect with a broader range of companies.

Representatives participating in virtual recruiting events are open about the time and money their companies save by not having to travel in-person to multiple locations, says Brandee Popaden-Smith, career readiness director at Arizona State University’s Career and Professional Development Services Office.

This has allowed for recruiters to participate in more events, more frequently — sometimes more than one in the same day, which was often not possible in the past, she adds.

Rex Freiberger, president of GadgetReview, a technology and lifestyle publication, also says virtual career fairs are attractive because they’re not as cost prohibitive for his company.

Even for students who have had their internships upended because of the coronavirus, there have been unique opportunities that might not have been available had it not been for the work-from-home policies put in place. Through Genesys Works, a national youth workforce program that partners with companies, Mathew Galvez, a student at San Francisco State University, got a position as a data quality analyst intern at DocuSign. In response to everyone working from home, the company set up virtual dance parties every week which range from 20 to 70 people, Galvez says.

Had it not been for those virtual parties Galvez likely wouldn’t have gotten to have face time with C-suite executives in such a casual setting, he says.

The future of networking

Martin Aguinis believes the world of virtual networking is becoming the “new normal” so much so that he launched a business to assist with it. He co-founded AccessBell after the coronavirus spread to connect students and job seekers directly to professionals via video conferencing. The platform has connected 3,500 students with professionals so far, according to the company. Donna Cheung, 22 and a recent graduate of Baruch College in New York City, is looking to break into the technology industry and has used the platform to learn about the space from several professionals, including two people who work at Google.

“It’s definitely given me the opportunity to speak to people that I otherwise would not have,” Cheung says.

Keller, Karapas and Coulter all think virtual networking on their campuses will be even more normalized following the pandemic. The virus pushed career services in higher education to become more comfortable with executing virtual events out of necessity, Karapas says.

But “realizing the benefits, I believe we’ll continue to move forward with integrating more virtual events even beyond the restrictions of the pandemic,” she adds. “They allow us to reach a broader audience of students.”