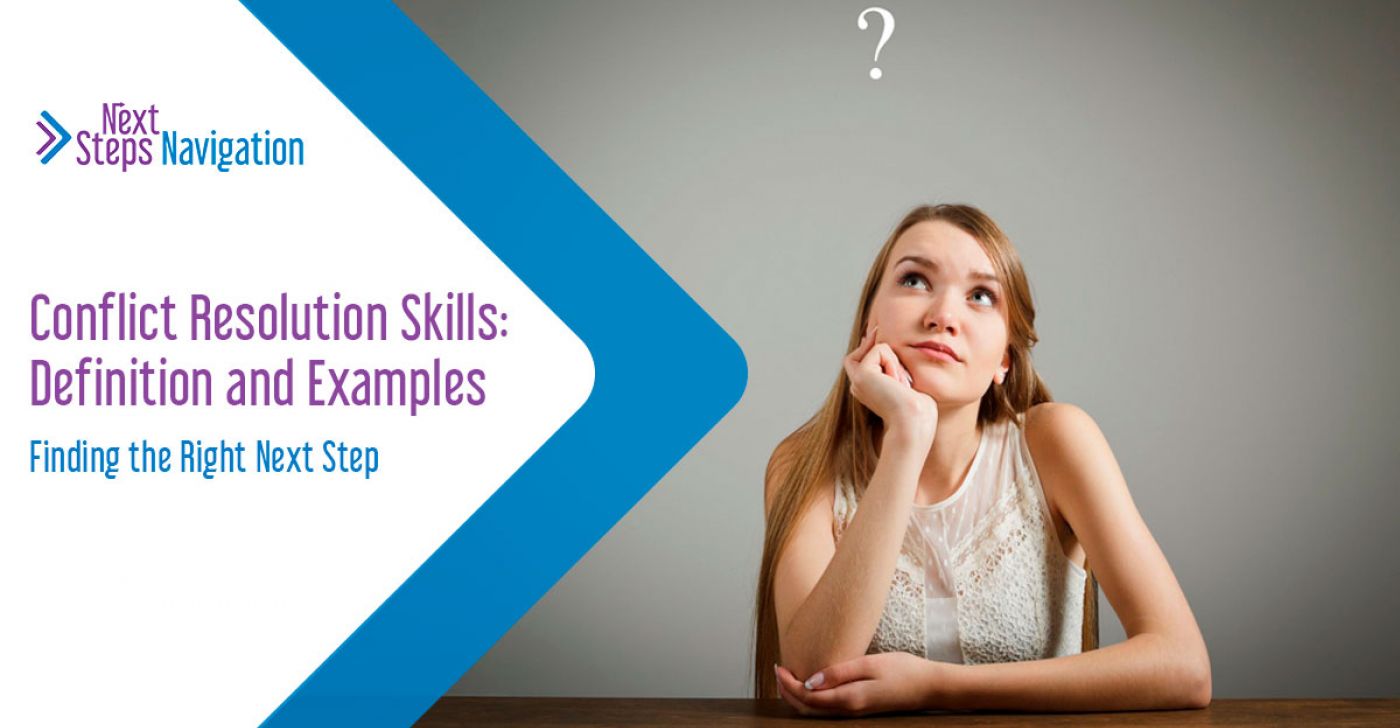 Conflict can arise in many circumstances, including in the workplace. To successfully resolve conflicts, you’ll often need to read both verbal and non-verbal communication cues, remain calm and control your own emotions, and work to understand the position of the conflicting parties.

What is conflict resolution?

Conflicts in the workplace can arise when two or more parties have different objectives, opinions or styles. Conflict resolution is the art of addressing those differences and finding common ground that enables everyone to work together peacefully. Sometimes, the person who resolves a conflict may be a neutral party or mediator while at other times, they may be someone involved in the conflict who takes an outside perspective to find a solution.

The ability to resolve conflicts is often seen as a leadership trait. People who are able to identify conflicts, acknowledge different opinions and build a consensus are valuable to many organizations. They make it more likely for personal differences to be set aside so work can continue.

Examples of conflict in the workplace

Over the course of your career, you may witness conflicts between coworkers, managers and the people who report to them, or vendors and clients or customers. Here are several examples of common workplace conflicts:

Conflicts between coworkers may arise because of different work styles and personal habits. They can also arise from personal prejudices and cultural differences.

Here are a few examples of conflicts between coworkers:

Conflicts between supervisors and supervisees

There is an inherent power imbalance between managers and their direct reports, which can make conflicts between them difficult to navigate. However, with patience and understanding, both supervisors and supervisees have the ability to resolve these disagreements.

Here are a few examples of conflicts with leadership:

Conflicts between service providers and clients

Disagreements between vendors and their clients or customers can often arise because of unclear communication or expectations.

Here are a few examples:

It’s important to note that some conflicts can arise because of prejudice, discrimination, bullying and harassment. These types of conflict can cause lasting personal harm. People seeking to resolve these conflicts need to be sensitive to justice and the potential hostility of the workplace.

How to resolve conflict in 10 steps

Each of the above conflict examples has the potential to be resolved by following several steps.

2. Find a private, comfortable place to discuss the conflict

Both conflict and conflict resolution can be distracting to others. Find a place where you can work on the problem in private. Participants in the conflict resolution should be given equal seating arrangements. Consider having water available during the conversation.

3.Acknowledge that a problem exists

Begin your conflict resolution by encouraging all parties to agree that there is a problem in the first place.

4. Agree to find a resolution

Once the problem has been acknowledged, everyone needs to agree that a resolution should be reached. If you are mediating a situation and one party does not readily agree to find a resolution, you may want to take them aside separately to understand why and how you can convince them to participate.

5. Work to understand the perspective of everyone involved

In most workplace conflicts, people are not trying to cause problems. Rather, most conflict commonly arises because of misunderstandings. Taking the time to listen to and understand your colleagues can make it easier to resolve a disagreement. (Of course, there are cases when people are actively trying to cause conflict. In these cases, HR may need to be involved sooner.)

6. Take note of what triggered the conflict

People may be under numerous unknown stressors which led to conflict. Factors such as deadlines, tiredness, family, health, hunger, burnout and others can all lead to heightened emotions that ignite conflict.

For most conflicts to be resolved, one or more parties must agree to a compromise. As you arrive closer to a resolution, look for areas where compromise is possible.

8. Agree on a plan for resolution

The plan for resolution might include apologies and changes in behavior to prevent the same conflict from arising again.

9. Check in to make sure agreement is lasting

Set a check-in point within a few days or weeks to ensure that everyone is following the agreed-upon plan.

10. Involve HR or another third party if the conflict continues

You may need to call on HR or higher-level leadership if one or more parties fail to cooperate.

Active listening is a crucial part of conflict resolution. An employee might be approached by someone about a way in which their behavior is disruptive, and by actively listening, will understand the origin of the complaint and what to do about it.

Having a bias for action means assertively seeking out next steps rather than waiting for someone else to do something. In conflict resolution, this could manifest as a coworker noticing that they may have upset someone else and actively seeking to address that with them as soon as possible. A manager could also realize that there is a conflict taking place and step in to resolve the conflict before too much time has passed.

Perspective-taking is the ability to understand someone else’s point of view. You can ask yourself: What are their thoughts, triggers and observations? For example, a client may call customer service, confused about how to use the company’s product. Even though the customer service agent who receives the call may understand clearly how to use the product, they can benefit from understanding the client’s confusion. In fact, these conversations can help reveal potential improvements to product design or training.

When there is conflict, you can arrange the environment around you to make resolution easier. For example, a manager who oversees two different groups might bring those groups together in a comfortable conference room to address points of disagreement on a joint project. Providing time and space for discussion can facilitate a speedy end to the conflict.

Mediation is when a neutral third party is involved in the resolution of a conflict. A mediator can be a trained professional, someone from an outside group (such as HR), or a person outside the conflict who can provide an objective perspective. In addition to all the other skills listed here, a successful mediator has the ability to summarize what they are hearing an observing to demonstrate progress and agreement.

The ability to hold people responsible for their actions is important in conflict resolution. For example, when an agreement is reached, an HR representative may need to check in a few days later to make sure everyone is still on the same page.