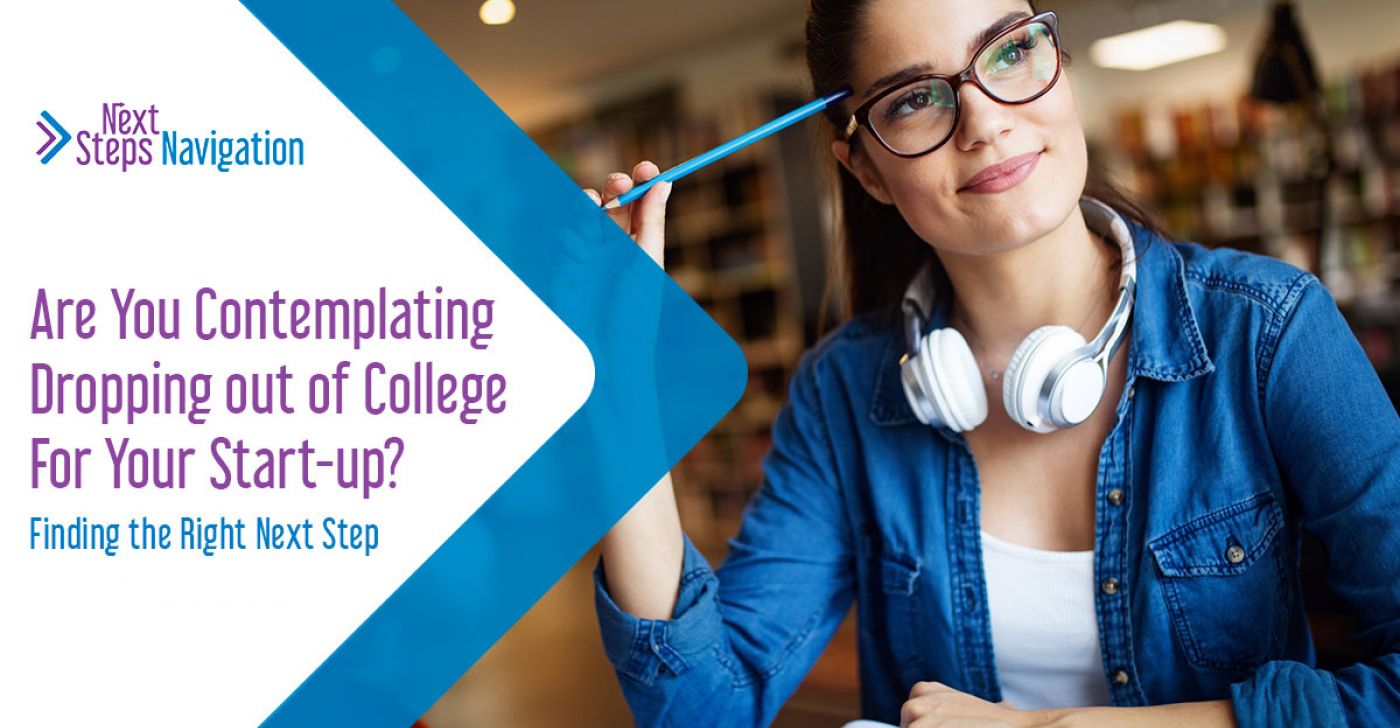 Are You Contemplating Dropping out of College For Your Start-up?

Let's face it, starting a business as a college student isn't always ideal. College classes and early-stage companies both require full-time attention, so balancing the two can feel nearly impossible at times. Despite this challenge, more and more students today are deciding to become entrepreneurs while still in college, which prompts an important question: "should college student entrepreneurs drop out of school to pursue their company, or not"

Some successful entrepreneurs have dropped out, like Bill Gates, who claimed it was a wise decision since he didn't think he missed out on any important knowledge. Many others though haven't been as fortunate, this often doesn't get publicized. To dismantle the stereotype- "only those who drop out can run successful companies"- here are the major advantages of being an entrepreneur while still in college, which you may want to consider if you're contemplating "The Decision":

Universities Offer the Resources Necessary to Live a Healthy Lifestyle

Growing an early-stage business is incredibly stressful in itself, so not having the added worry of "surviving" makes a huge difference. For example, at most colleges, entrepreneurs can access three meals, state-of-the-art facilities, fast Wi-Fi, a comfortable dorm room, multiple fitness centers, and more, empowering their minds to plan strategically and endure the "startup" rollercoaster. Entrepreneurs who leave school in pursuit of their startups often say, "I took college for granted, and I never thought surviving without financial stability would be this tough."

Colleges Have an Experienced Alumni Network That Can Open New Doors

Not only does college offer the resources needed to live, but it also helps students connect with alumni who kindly offer their support. Alumni networks can strongly impact the success of college student entrepreneurs, as they can assist in the creation of revenue-generating partnerships and become great mentors. Why? As Harvard Business Review states, "Alumni networks turn out to be an especially effective kind of social network. This is in part because people often self-select into undergraduate and graduate programs that have social groups with interests closely aligned to their own, which generates both a higher level of interaction and longer-lived relationships."

During Emotionally Exhausting Times It's Important to Have Friends Nearby

Entrepreneurs are forced to persevere through many emotionally exhausting times, and during such instances, it's always nice to have friends nearby. They'll make life much less lonely. In addition, good friends can help entrepreneurs realize that life isn't all about work, forcing them to take short breaks and preventing them from burning out. Life outside of college isn't the same. Since most startups are extremely time-consuming, an entrepreneur might go weeks without sharing a meal or having a laugh with a friend, which can be mentally unhealthy. It's obviously much easier to run a successful business when healthy!

There definitely are some drawbacks to staying in school and running an early stage company, like having fewer hours each day to grow your business, but what decision doesn't have some drawbacks? It's important to weigh the pros and cons as a whole, which any college entrepreneur should do before deciding to drop out.