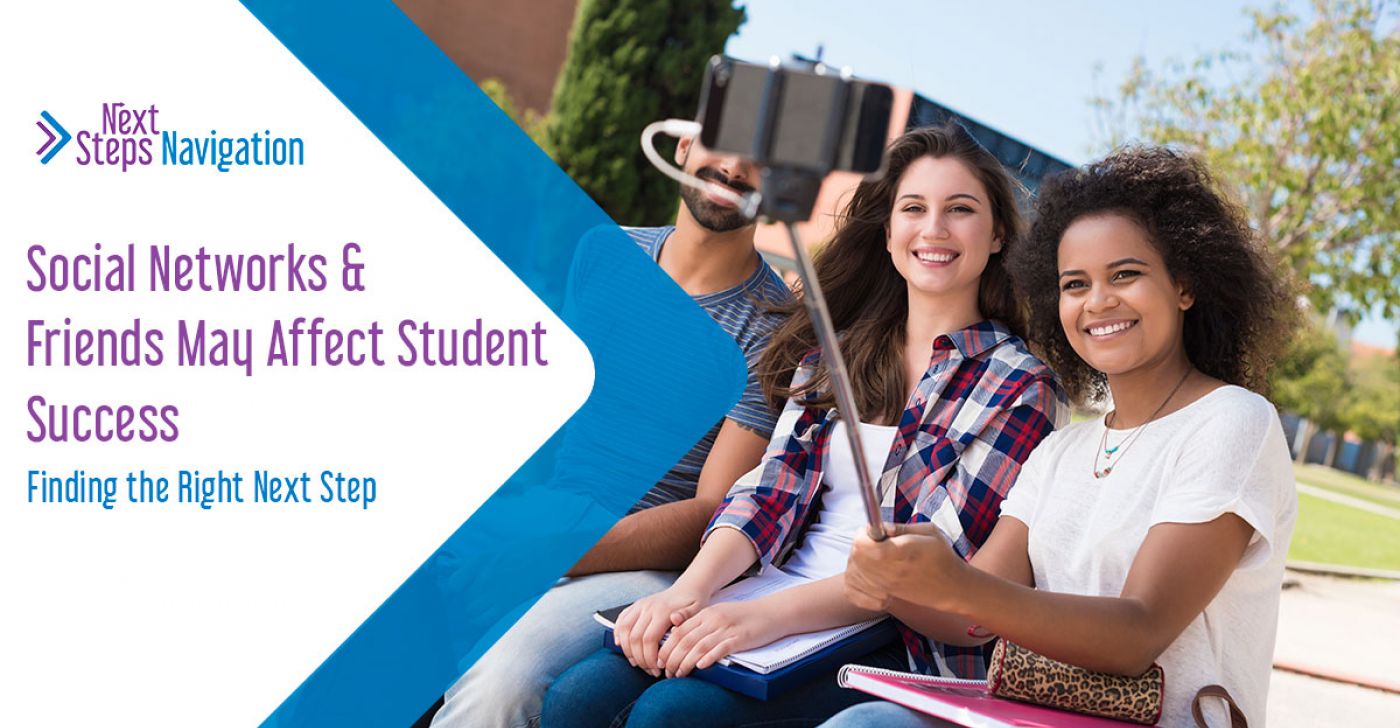 As college parents, we have witnessed the influence of our children’s friends. From elementary school to high school many of us have taken steps to encourage certain friendships or even to discourage other friendships.

We also know that great teachers, good study habits, and the right environment are important combinations to completing college. Now an associate professor at Dartmouth College, Janice M. McCabe, demonstrates through new research, another vital factor determining a student’s academic success that most of us tend to overlook: who they hang out with. “Surveying a range of different kinds of college friendships, Connecting in College details the fascinatingly complex ways students’ social and academic lives intertwine and how students attempt to balance the two in their pursuit of straight As, good times, or both.”

The book was featured recently in a National Public Radio story titled – How College Friendships May Affect Student Success. It is a useful story that is worth considering from the point of view of college parents and families. The story reminds us to think about how these friendships might affect the path to graduation.

According to NPR, “Her conclusion? “It’s important to realize that friends can have academic as well as social benefits.” And the type of network you have matters a lot. McCabe found that college students’ networks fell into three basic types.

“Tight-knitters” had a single cluster of friends who all knew each other and did seemingly everything together. They often described those friends as like “home” or like “family.” Their social network resembles a ball of yarn.”

“Compartmentalizers” had between two and four unrelated clusters of friends: say, one group of fellow engineering majors, another from the swim team. With two clusters, their pattern looks like a bow tie.

“Compartmentalizers” had between two and four separate clusters of friends.

And “Samplers” had one-on-one friendships with individuals who didn’t necessarily know one another. Their networks looked like a hub-and-spoke system, or a daisy.

“Samplers” had lots of one-on-one friendships and reported feeling isolated.

Intensive research such as this work may be too small to argue effectively about a definitive cause, but McCabe found that about half the tight-knitters seemed to be part of groups that “dragged them down” academically. The other half performed above average, seemingly part of groups that “dragged each other up.” NPR reports “To put it another way, among the students who said their close group of friends provided academic motivation and support, every one of them graduated. Among the ones who said they lacked this support and their friends distracted them from schoolwork, only half managed to graduate within six years. “It really happened both ways,” McCabe said.

As college parents, it is useful to consider McCabe’s categorizations and to encourage our students to seek a good balance between their academic and social lives. We think that McCabe has started an important discussion and her work demonstrates new evidence for how parents can help students succeed by understanding all the roles strong friendships play. Indeed, college friendships “can be ties keeping students in and committed and helping them do well and helping them feel like a whole person too.”

Bottom line for college parents is to recognize the influence of our children’s friends doesn’t end at high school. As a result, take note when you speak to your college student on who their college friends are and what influence they are having for good and for bad on your student.