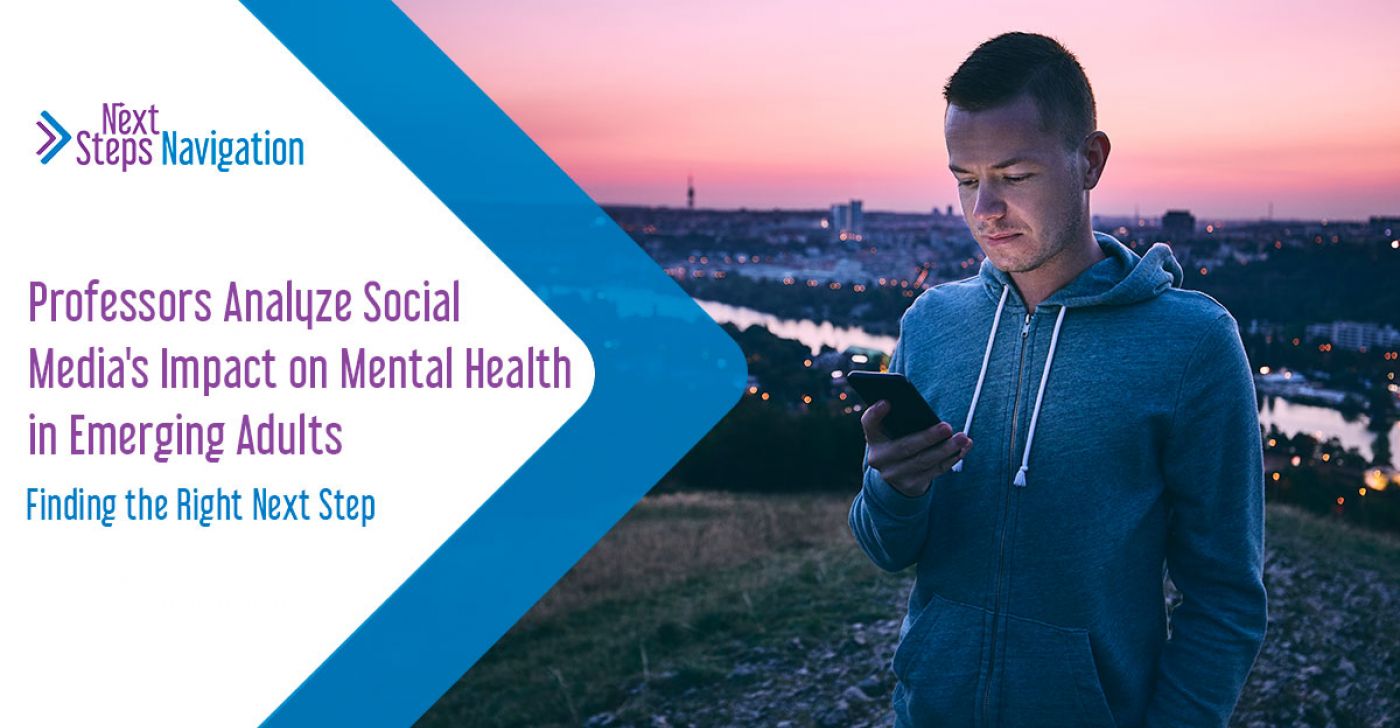 Texas Tech University professors study the link between social media use and mental well-being through emotion regulation and perceived stress.

In the last decade, the popularity of social media sites such as Facebook, Twitter, Instagram and Snapchat has skyrocketed. According to the Pew Research Center, just 5 percent of adults in the U.S. used the platforms in 2005. Fast forward to 2019 and nearly 70 percent of adults use them regularly.

These platforms have grown especially popular with emerging adults. These 18- to 29-year-olds are using the sites as a way to connect with other people, gather information and escape from the world around them. But many believe this increased use leads to negative effects, especially for younger populations.

Studies have been published connecting people's social media use to their mental well-being. But few have looked at what comes between using these platforms and an impacted mental health. Eric Rasmussen, an associate professor and director of the doctoral program in Texas Tech University's College of Media & Communication, led a team of researchers on a study to see what about social-media use impacts emerging adults' mental well-being.

Research studying the link between social-media use and mental well-being exists for many age groups, especially those under 18. Rasmussen said the team chose to focus on emerging adults because their age is a period of change and uncertainty, especially for college students.

"This is the first time, for many college students, to deal with some emotional and social issues on their own," Rasmussen said. "It's an interesting time when they are learning coping skills, but also trying to apply the coping skills they've already learned in the past."

Some people in this age range are going to college and living on their own for the first time. This adds new stressors to their life — money, finding new friends and making their own decisions — making it an even more unique period for them.

Rasmussen said they are facing so many stressors at once that their ability to deal with them can be hindered, impacting their mental well-being.

"We see that social-media use also tends to go up during this age and time period," Rasmussen said. "So we wanted to explore the relationship between this increase in social-media use and this decrease in one's ability to deal with all these stressors."

To study the link between social-media use and mental well-being in emerging adults, Rasmussen conducted a survey of more than 500 college students, in conjunction with the research team of Narissra Punyanunt-Carter, associate professor in communication studies and assistant dean of international affairs; Jenna LaFreniere assistant professor in communication studies; Mary Norman, assistant professor of practice in public relations; and Thomas Kimball, the George C. Miller Family Regents Professor and director of the Center for Collegiate Recovery Communities.

Going into the survey, Rasmussen said the focus was less on proving social-media use impacts mental well-being, and more on figuring out what comes between.

"We know there's a connection between social-media use and mental well-being," Rasmussen said. "But, just because someone uses social media doesn't mean they're going to have mental-health problems. We wanted to see what's really going on."

The more emerging adults use social media, the more likely they are to suppress the way they deal with their emotions. Rasmussen said this starts the process of negatively impacting their mental well-being because it leads to perceived stress.

This process does not just go one way, however. Rasmussen said emerging adults spend more time on social media as they face more problems with their mental well-being, which starts the process all over again.

"In other words," Rasmussen said, "it seems like it might be a cycle — the more time we spend with social media leads to some of these mental difficulties, which in turn lead to spending more time on social media. So we might be able to call it a downward spiral."

While social-media use is a factor in both of these processes, Rasmussen said the cycle might still hold true in some manner if social media was taken out of the equation. It is a contributor, but not the only factor.

"It's like a recipe, like you're baking bread," Rasmussen said. "There's lots of different things in that recipe. You take one thing out and you're still going to get something that looks like bread, right? If we were to take social media out, it's possible that people would still have the same difficulties. It's likely just one of the ingredients."

Emerging adults need to understand that the time spent on social media does affect their mental state because it impacts their ability to regulate their emotions and increases their perceived stress.

"It's important to remember that, as humans, we are social beings and we need some face-to-face social interaction with our peers," Rasmussen said. "We get mental, social and emotional benefits from that, and it appears we're not necessarily getting those from social media."

The time spent on various platforms should be considered, discussed and potentially changed based on the impact it has for each person.

"When college students go to see a mental-health professional because they're struggling, their media diet needs to be something these professionals are asking about," Rasmussen said. "If social-media use is somehow related to decreases in mental well-being, then college students need to be talking with their mental health care provider about how they're using social media and work with them to make a plan to change their social-media diet."

While the study found that social media does not directly impact mental well-being, it plays a key role in the process. And though some people use these platforms to stay in touch with others, it can easily become something that has negative effects on their mental health.

"Social media is very isolating," Rasmussen said. "It can be used to connect with other people, but in this study, we found that it can be isolating, and it doesn't allow us to share our emotions and deal with stress in the ways we need to."

We value your privacy and we do not sell, rent or lease your information to third parties.